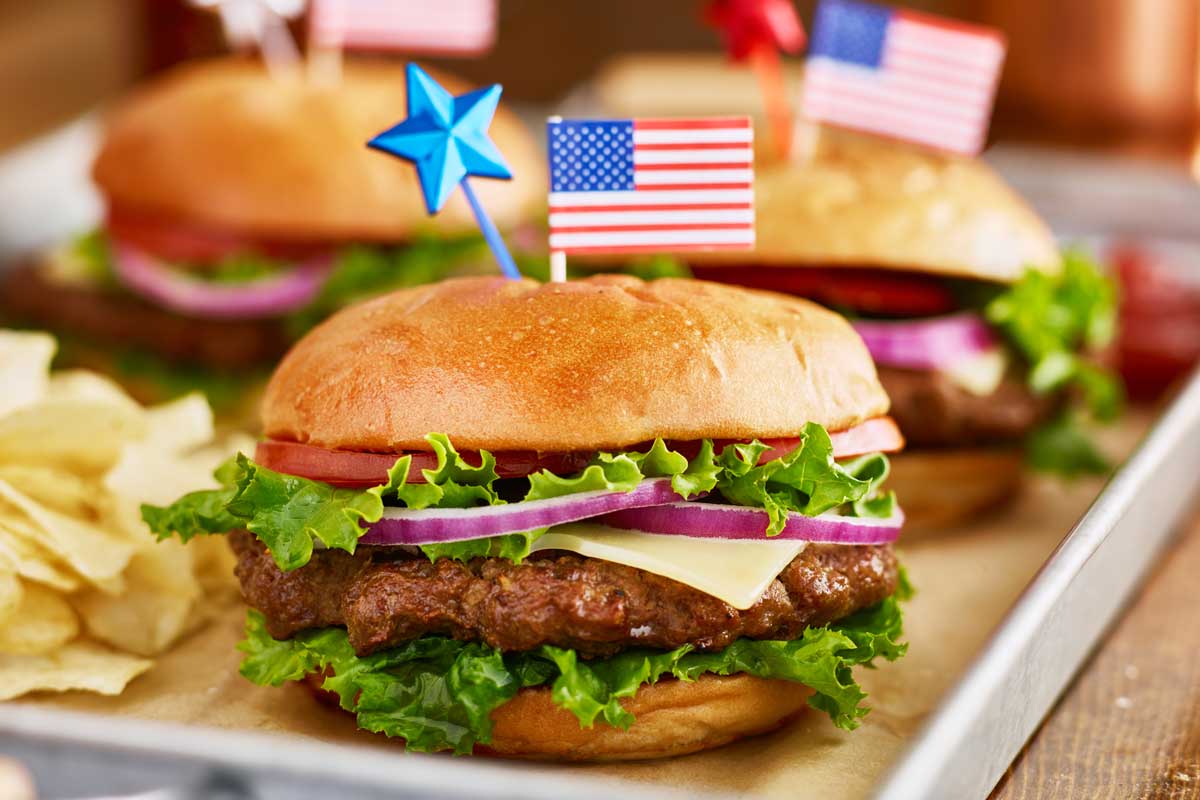 You can’t visit America without trying some classic American meals. But, if you are one of the lucky students coming to America to study English in Washington DC, then you have ample time to try all the most popular American foods! As most students taking English courses in Washington DC can attest to, American eating is one of the major perks of studying the United States.

Americans, as I am sure you already know, love their food. So much so that you may be shocked by the size of their meals and drinks! Come prepared to pack on a few pounds while you study abroad at one of the language schools in DC. Fortunately, most of the staple American foods are not very expensive, so even students on a tight budget will be able to make the most of their time in the states trying everything out.

Students who head to language schools in Washington DC will soon discover that going out to eat is a major social activity and a great way to work on their newfound language skills. Eating traditional American food is an excellent way to practice your English. You can practice conversational English as you celebrate American holidays that including meals, such as Thanksgiving. And, you can practice speaking English when you order dishes from restaurants and food trucks.

We’ve compiled a list of traditional American food you must try while studying English in DC. So, let’s get you ready to eat your way across the USA!

Thanksgiving is a major American holiday celebrating the Pilgrims first feast after they arrived in the New World. On this holiday, which is always celebrated on the fourth Thursday of November, Americans gather together for their own Thanksgiving feast. They eat, drink, and give thanks. Hopefully, you will have the opportunity to celebrate Thanksgiving while you are the states. Here are some of the dishes you should expect:

Americans love to eat meat from the grill! You absolutely cannot visit the US without eating a hamburger and a hot dog. These food items are found everywhere from baseball games to bars to gourmet restaurants. Meat you eat with your hands is a big hit. But, the real reason why Americans are crazy for these grill favorites is that they are delicious!

Even if you do not get a chance to travel to the Southern states, you must locate some soul food in DC. Soul food comes from the south. It is full of flavor, and unlike anything you will find anywhere else in the world. Fortunately for you, we found this list of The 10 Best Places For Soul Food In Washington, D.C.

In addition to Southern food, there are other traditional meals that are location-based. However, even if you don’t travel outside of DC, you are sure to find these dishes around town.

Finally, Americans love their desserts just as much as anyone else. But, if you want to try truly American sweet treats, you need to have a slice of apple pie. There is even a saying that goes “as American as apple pie.” If the pie isn’t your style, eat a chocolate chip cookie made with Nestle Tollhouse chocolate chips. That’s about as American as you can get!

Students attending the Washington language school, inlingua, have tons of dining options. Use our list to check off the foods you’ve tried as you go.

Does all this food make you hungry to learn English in DC? Contact us today to find out more!