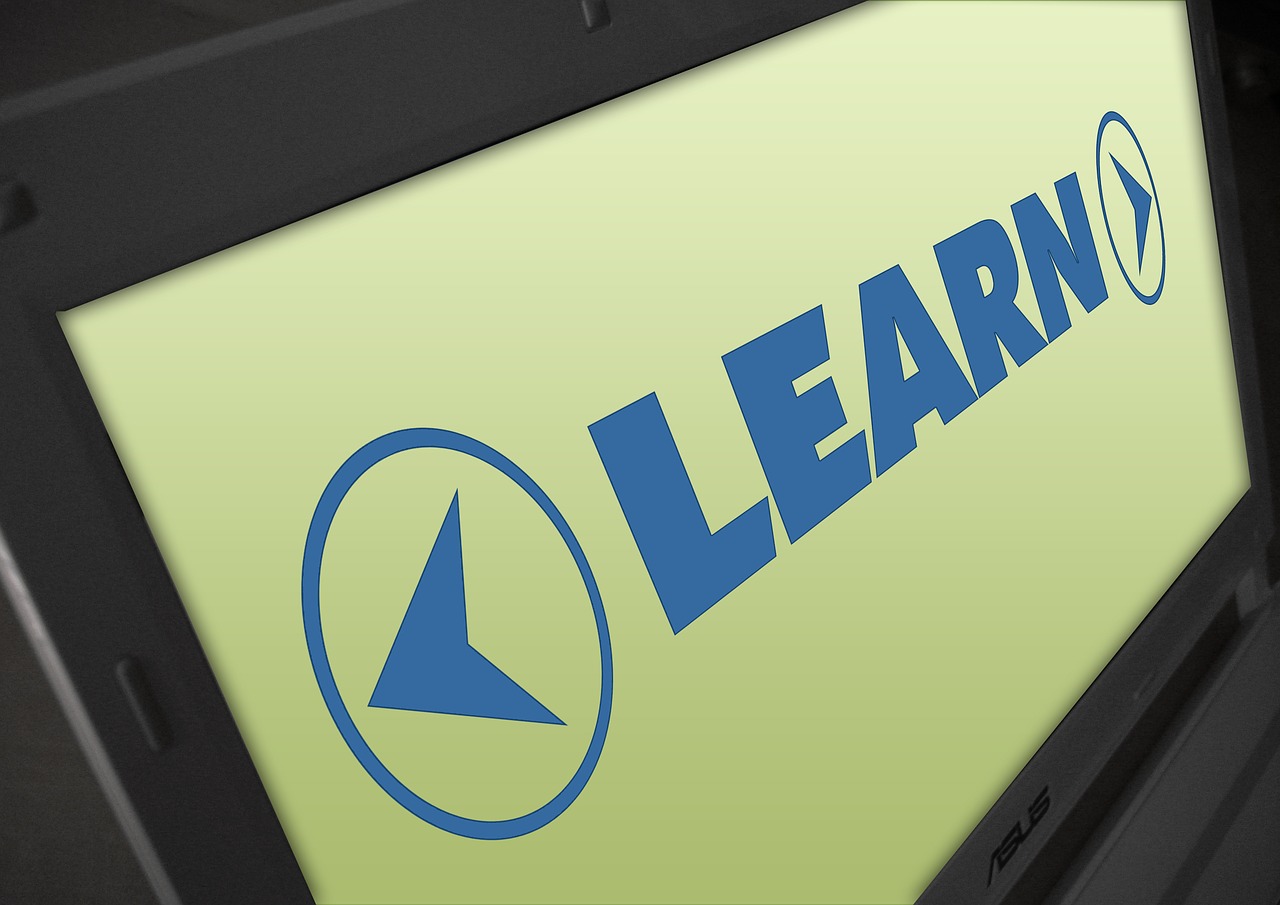 Do you want a quick way to build on your English each day? In our new English blog, vocab and grammar are organized according to the Common European Framework (A1, A2, B1, B2, C1, C2), so you will know where you stand in your English-learning journey. We challenge you to find vocabulary words and grammar structures that you already know and then start practicing the ones you don’t!

Check out our other posts here.

Idiom of the day

Oh, come on. : used for when you don’t believe someone or something, especially when you think it is silly or ridiculous 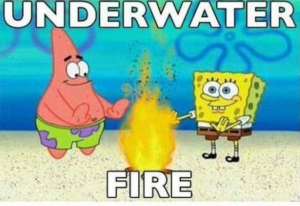 “Oh, come on. There’s no way you can build a fire underwater!”

Slang of the day

“Did you feel like Mike wasn’t telling us the whole story? He was acting real(ly) sus.” 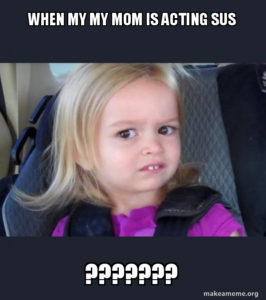 Words of the day

bag•gage (n): all of the suitcases and bags of a traveler

In a Sentence: I don’t like to travel with a lot of baggage. I’m only taking a backpack to New York.

(2) the amount of money that you still have to pay

In a Sentence: (1) I took some money out of my account, so my balance is low.

be•hav•ior (n): the way that a person acts (the things they do and say)

In a Sentence: The students got 5 extra minutes of playtime for their good behavior.

above all, (to) back, (to) can, dazzling, echoing, fairly, gang, half-hearted, idiomatic, (to) jet-ski, keyword, lane, (to) make an effort, obligatory, parade, question mark, (to) raise an objection, salespeople, (to) take deep breaths, unbelievably, venture, (to be) wary of

back•ground (n): a person’s complete history, including their experience, education, and origins

In a Sentence: With his strong background in sports, it was an easy decision for him to study sports medicine in college.

(to be) about to, (to) back, calculated, damp, ear, face-lift, game-changer, hail, I’d much rather, jaw, (to) keep a straight face, (to) lag behind, made from, nail-biting, obligation, panel, quirk, rainforest, safety issue, (to) take evasive action, unaided, valuable lesson, wake-up call, you’d be well advised to

(to) back down (v): to drop or lessen your demands in a conflict or argument; to withdraw a threat, to surrender

In a Sentence: In spite of residents’ protests, the city refused to back down on its proposed tax increase.

Example #2: After weeks of discussing which color to paint their bathroom, the pair backed down on their outrageous color choices and agreed on a neutral grey.

(to) abandon, back to normal, calm, damned, earth, factor, garbage, (to) hammer home, ideal, jovial, (to) keep in mind, (to) land on our feet, magic, nation, (to) offer, paradox, (to) qualify, radio transmission, safe bet, tact, unanticipated, vague, waist, (to) yell out, zilch 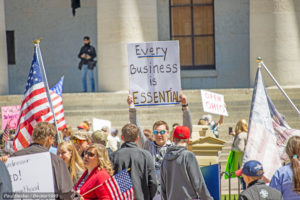 Thanks to the current global health crisis, many countries have been on lockdown for months. In the United States, many important decisions, such as how long to quarantine, are left up to states and local governments. But something peculiar is happening across the United States. Perhaps you’ve already seen some videos and images in the news of Americans protesting the quarantine. While the majority of Americans agree that public health is what’s most important right now, a small group of Americans hold a different opinion. Click to see why the U.S.’s anti-lockdown protests have their roots in the country’s historic fight for independence from Britain. 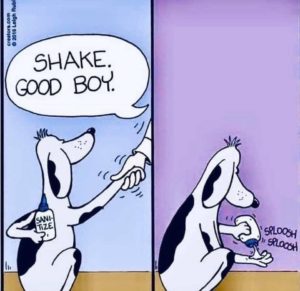 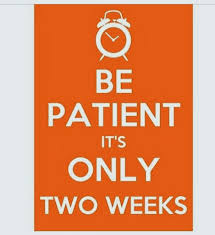 but you’ll have to wait two weeks to see if you got it.

Yes or No Questions in Present Simple

If you can talk about yourself in present simple, then you can ask someone about themselves, too! Let’s focus on questions with DO for today.

Past Simple of Regular Verbs

By now, you know how to talk about things that happen in the present. For example: “I work in an office every day.” What if yesterday was different? How can you talk about it?

The best thing about the past simple of regular verbs is that it’s, well, simple! Most verbs in English are regular. Regular means that if you want to talk about the past, you only have to add “ed” to the end of the verb.

Tip: Since most verbs are regular, it’s a good idea to start studying a list of irregular verbs because that list is much shorter. Irregular means that you cannot just add “ed” to the end of a verb. We will cover irregular verbs in our next blog post!

“Used to” can be used as a verb to talk about a past habit OR just something that was true in the past that isn’t true now. Don’t use this when referring to something that happened only once or twice. Can you think of something you did regularly as a child? How about spending summers at the beach?

My family used to spend every summer at the beach (when I was a child).

Have you ever heard someone say, “She friended me on Facebook”? One could argue that the verb “to friend” has existed for hundreds of years. However, in modern usage, we usually use “to become friends,” where “friends” is a noun:

“My classmate and I became friends while working on a school project.”

…that is, until we talk about social media. If you add a person that you already know from work or school, then you don’t really “become friends,” do you? You need a new way to describe this action. Luckily, if the appropriate verb doesn’t exist in English, it’s quite acceptable to just repurpose an old noun. So, verbing is the act of using a noun as a verb.

Google –> If you don’t know something, Google it.

gift –> I gifted my mom a necklace for her birthday.

Here are some other verbs that were born as nouns: Skype, microwave, workshop, transition, elbow (someone)

Now you won’t help but notice how many words we’ve “verbed” in English (and maybe even in your own language)!

Fancy name, huh? Inversions with negative adverbials are, in fact, usually found in more formal spoken or written English, but you may have come across them before. (“Little did we know that the whole world would shut down in March!”) Negative adverbials are usually used for emphasis or dramatic effect.

An inversion with a negative adverbial would look similar to this: Not until she apologized did he agree to help her with her essay.

In commonly spoken English: He didn’t agree to help her with her essay until she apologized.

Make the adverb “until” negative. In this case, that means just move the “not” from “didn’t”: He did agree to help her with her essay not until she apologized.

Leaving it like this would be incorrect. There’s one more step: invert (switch) the order in the independent clause:

Put it all together: Not until she apologized did he agree to help her with her essay.

Here is a non-exhaustive list of negative or restrictive adverbials: not only, only now, not since, rarely, under no circumstances, no sooner…than

Think of some common contractions and their uncontracted forms: can’t / cannot, won’t / will not, shouldn’t / should not, doesn’t / does not

You may already know that using the uncontracted (long) form of the verb is usually reserved for formal written English, such as a rule on a public sign. English speakers typically don’t even use uncontracted forms in formal speech unless they want to emphasize the uncontracted words.

Father to child: You can not play video games until after you mow the lawn.

Use emphasis when trying to clear up a misunderstanding:

Person 1: I thought you said James had gotten the tickets.

Person 2: No, I said James had not gotten the tickets.