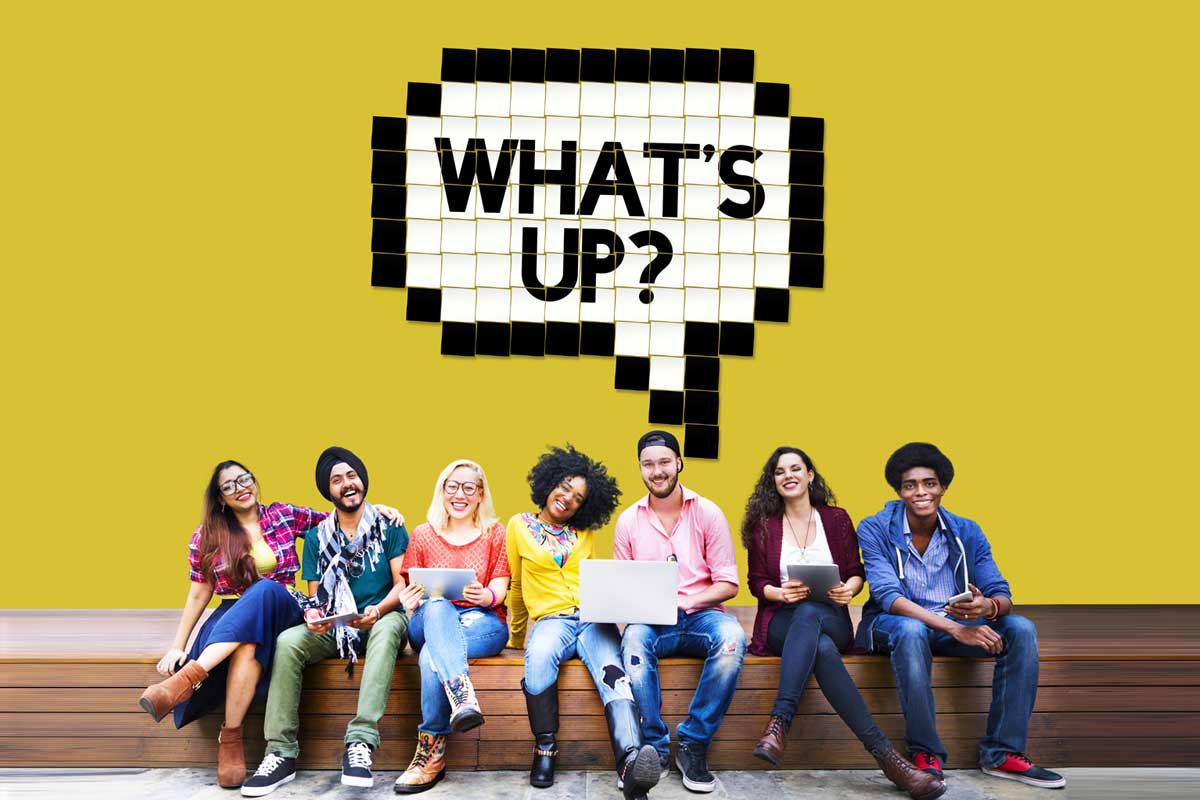 When it comes to learning English, it is much harder than simply memorizing words and grammar. Confusingly, when you visit America, you will soon discover that many words take on new meaning when they are used in conversation. American slang is strange to international students, but part of knowing you have mastered the language is being able to understand and use slang.

If you are planning to study English in Washington DC, you have made a great choice. DC is the perfect place to immerse yourself in the English language and American culture. With several language schools in DC, you can expect to find other international students. But, it is important not to surround yourself with others like you only; you need to befriend Americans to get a real feel for the country and the language.

Native speakers will help you learn how to speak as they do – and this includes American slang. English courses in Washington DC will help prepare you for speaking English in the real world, but there is still no substitute for having conversations with native speakers and hearing how English words shift meaning depending on their use. To help you master American slang and understand your American peers, here is a guide to some of the most common slang words and sayings.

Words That May Surprise You

A “buck” is both a male deer and a dollar bill. When someone says, “Give me a buck,” they mean “Give me a dollar.”

As a student, you will hear this word often. Cram means “study.” For example: “I need to cram for this test.”

Unlike a car crash, you will hear people use the word “crash” also to mean “go to bed.” For example: “I’m going to crash” means “I am going to bed.”

The word “binge” is a popular slang term currently in the US. A dictionary will define it as “excessive indulgence.” Here in the States, students binge on food, as well as television shows. It is common to here students say they “binge-watched” a tv show.

When a student says, “I aced a test,” it means they passed the test easily and earned a high score or grade. The opposite of “acing a test” is “I bombed the test.” This use of the word “bomb” means fail.

The word “blow” is used as a slang term in different ways. For example: “That blows” means “it is bad.” If someone says, “I blew it,” it means “I messed up” or “I did poorly.”

The word “cool” is used very often in America when something is agreeable or exciting, such as “That’s cool!”

The use of “busted” in slang means “caught.” For example: “You were busted.”

What They Mean When They Say…

You may hear someone say “Y’all.” Y’all is Southern American slang for “you all.” Instead of using the plural “you,” Southerners will say, “How are y’all?”

A common question that replaces “what are you doing” or “what’s happening?” The person asking you the question is not looking for a literal answer to what is up above you.

This is a saying that is used by Americans to decline an offer with the idea that they will accept the offer for a later date. For example, “I can’t go to the movies tonight, but I’ll take a rain check” or “Mind if I take a rain check?”

If someone is sad or depressed, they may say they are “feeling blue.”

A piece of cake

When someone says something was “a piece of cake,” they do not mean a literal piece of cake. Instead, it is a slang expression that means “it was very easy.”

Screw up means “mess up.” For example: “Oh man, I screwed up!” Additionally, this saying can be used to denote a person who continuously messes up such as “He is such a screw-up.”

This is a common slang expression in the US. It means the person either made a mistake or misunderstood. For example: “Oh, I forgot to RSVP. My bad!”

The saying “Hit me up” is used to tell someone to contact them. For example: “Hit me up later” means “Call me or text me later.” Additionally, you may hear someone ask you to “Holler at them,” which means “Give me a call.”

If you hear someone say, “I’m beat,” it does not mean they have been physically assaulted. Instead, it is the person’s way of saying “He is exhausted or extremely tired.”

The saying “chill out” can mean different things depending on the situation and the speaker. It is one of the more confusing American slang sayings. For example, it does not mean “to lower your temperature.” Instead, it is used in these ways:

Slang is always informal and is shaped by the groups of people who use it. Therefore, it is important to always understand the context. Unfortunately, slang is not something that is taught easily. Understanding slang comes from experience. While watching American television can help you learn some slang expressions, it is wiser to enroll in an English class in DC, such as a class at inlingua, a Washington language school. By traveling abroad, you will have daily opportunities to become fluent in English – including using conversational slang.